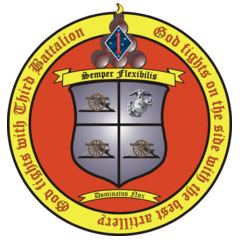 During the 2011 reunion, members of the 3d Battalion, 11th Marines Association formed a relationship with the Marines of the Marine Wounded Warrior Detachment at Brooke Army Medical Center of Joint Base San Antonio.  Subsequently, the Association was able to support some projects for the Marines.  As interest in helping the Marines increased, it became apparent that an ad hoc organization could not accomplish the task.  The 3d Battalion, 11th Marines Foundation was established on October 14, 2013, in order to more effectively assist the Marines of the Wounded Warrior Detachment and to help other Marine Wounded Warriors, as needed (see Mission Statement).